Before you look at our test results, you should know that there are multiple versions of the Adobe PDF format, and each version has its own encryption algorithm. Password recovery speed depends to a great extent on these algorithms.

Early versions of the Adobe PDF format used the RC4 algorithm for encryption. By today’s standards, RC4 has a short 40-bit key. That means that we can attack both the password and the encryption key.

Subsequent PDF versions included significant changes to file protection: in addition to the RC4 algorithm, these files have block AES with a 128-bit key and the algorithm for computing the key was reinforced (MD5 + RC4 were replaced with 50xMD5 + 20xRC4).

Adobe Acrobat 9 introduced a new format, Adobe PDF 1.7 EL3, with improved security. The encryption key was boosted to 256 bits and the MD5 hash algorithm was replaced with the newer SHA-256. However, the developers made some mistakes and the password recovery speed is dramatically increased!

Most of the time, programs generate encryption keys for their documents by running an original key through special hash algorithms dozens or even hundreds of times. Sometimes the post-hash key is even further encrypted. This process is called key stretching.

When a password is entered, the key must be “stretched” by running it through the exact same number of hash or encryption iterations before the file contents can be decrypted.

During password recovery, the key stretching algorithm is what takes up the most time. (That’s actually the whole idea.)

But Acrobat 9 contained a serious mistake. The developers decided not to use key stretching, replacing 50 iterations of MD5 with a single round of SHA-256. They also decided not to decrypt the key. Because of that oversight, any processor with SIMD instructions or AVX2 technology recovers this type of password at impressive speeds. That’s why the CPU i7-4770 with AVX2 runs so much faster than the i7-860, which only has support for SSE2.

In a nutshell, Accent PDF Password Recovery leverages all the processor’s available resources to deliver top speeds when recovering passwords to any type of protected Adobe PDF file.

The latest versions of the Adobe PDF format offer improvements on earlier versions. Developers brought back the key stretching algorithm and made it a serious barrier to password recovery.

Now, the encryption key is generated by a single iteration of SHA-256 followed by a variable set of key transformations using the algorithms SHA-256, SHA-384 & SHA-512, which limits the use of SIMD. AES key encryption was also added (this explains the faster brute force attacks on CPUs with hardware AES support — i7-4770K and others when compared with i7-860 and Core 2 q9400, which don’t have hardware acceleration of AES).

As a result, it takes much more time to recover passwords for the Adobe PDF 1.7 EL5/EL8 format.

The good news is that Accent PDF Password Recovery still recovers passwords at top speeds for the encryption used in Adobe Acrobat X-XI.

Essentially, in order to restore access to password-protected data all you really have to do is find the key to decrypt the document. Searching for the key is called a “key attack.”

In later versions of Acrobat, key length was increased to 128-256 bits, meaning that key attacks take too long to be worthwhile.

Numbers, graphs and articles are great, but they don’t show how well Accent PDF Password Recovery stands up against the competition.

We decided to do a quick speed test pitting our products against the competition in the top results at Download.com. Here’s what happened:

Speed to Recover User Password to Acrobat X file
Some of the programs we tested don’t count because they weren’t able to support the test file, which was created in Adobe Acrobat X.

How we selected programs to test: at download.com we did a search for "PDF password recovery" and sorted the results by popularity (link).

Accent PDF Password Recovery is available for Windows x86 and Windows x64. All other things being equal, the 64-bit version recovers passwords faster than the 32-bit version: 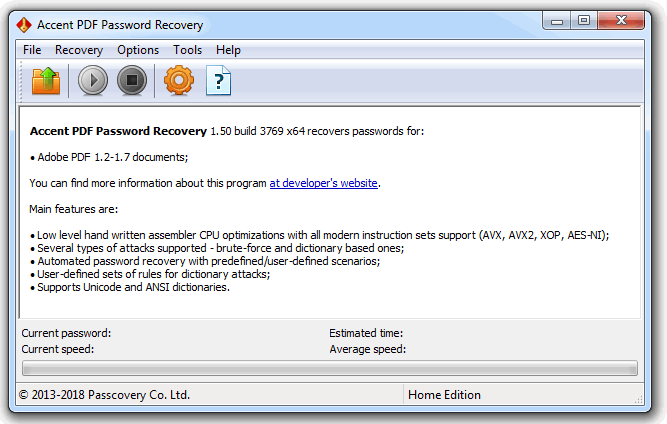 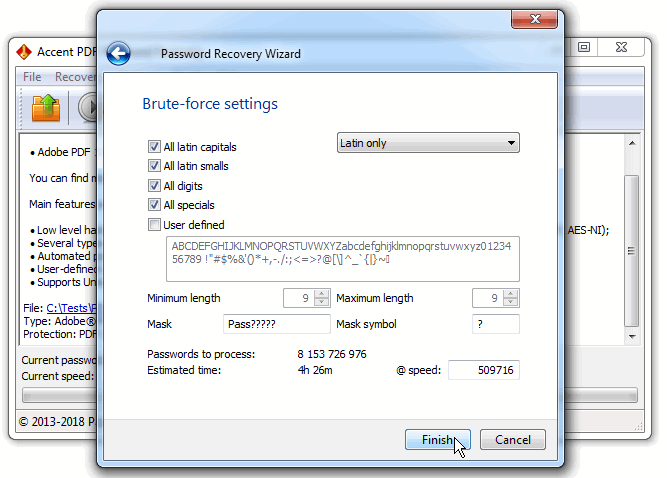 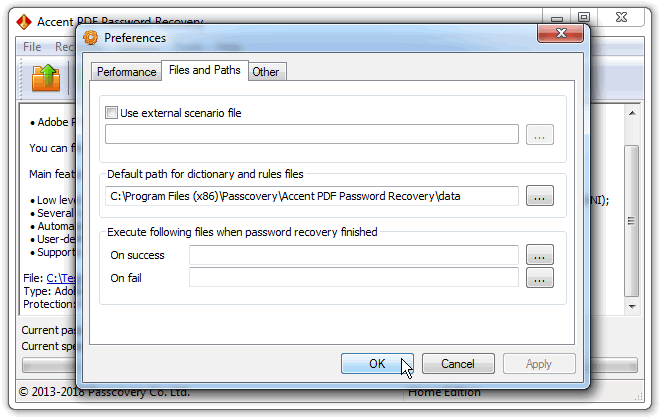 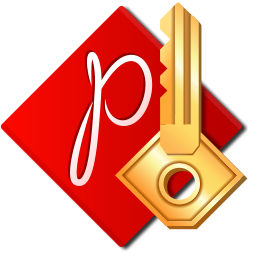 How to Crack, Break or Just Remove a Forgotten Excel Password for Free/a Fee